All news and updates from MAGic Bioprocessing

Erik Walldén – a new member in the board of directors 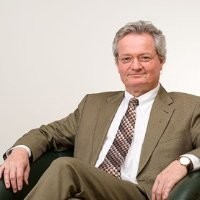 We welcome Erik Walldén as a new member of in the board of directors. Mr. Erik Walldén has a record of achievement from over 30 years leadership in the international Life Science industry. He has led the global launching of several new technologies, established and restructured companies, successfully closed private placements and IPOs. He is currently acting as private investor, consultant and advisor through his own company Erik Wallden AB. Mr. Wallden has been the CEO for the Swedish company Gyros AB (2009-2013. Before that the CEO of the Swedish biotech company Affibody Holding AB (2006-2009), Biacore International AB (2004-2006), and before that the CEO of Pyrosequencing AB (1998-2004). He has been active in establishing and part of the executive management of companies such as the US based PerSeptive Biosystems Inc., Pharmacia Biosensor AB and Pharmacia Biotech AB. Mr. Walldén is the Chairman of the Board of Erik Wallden AB and member of the boards of Beactica AB and Symcel AB.

We are seeking for a talented organic/material chemist to produce our awesome MAGicBead products.

Do not hesitate to apply! 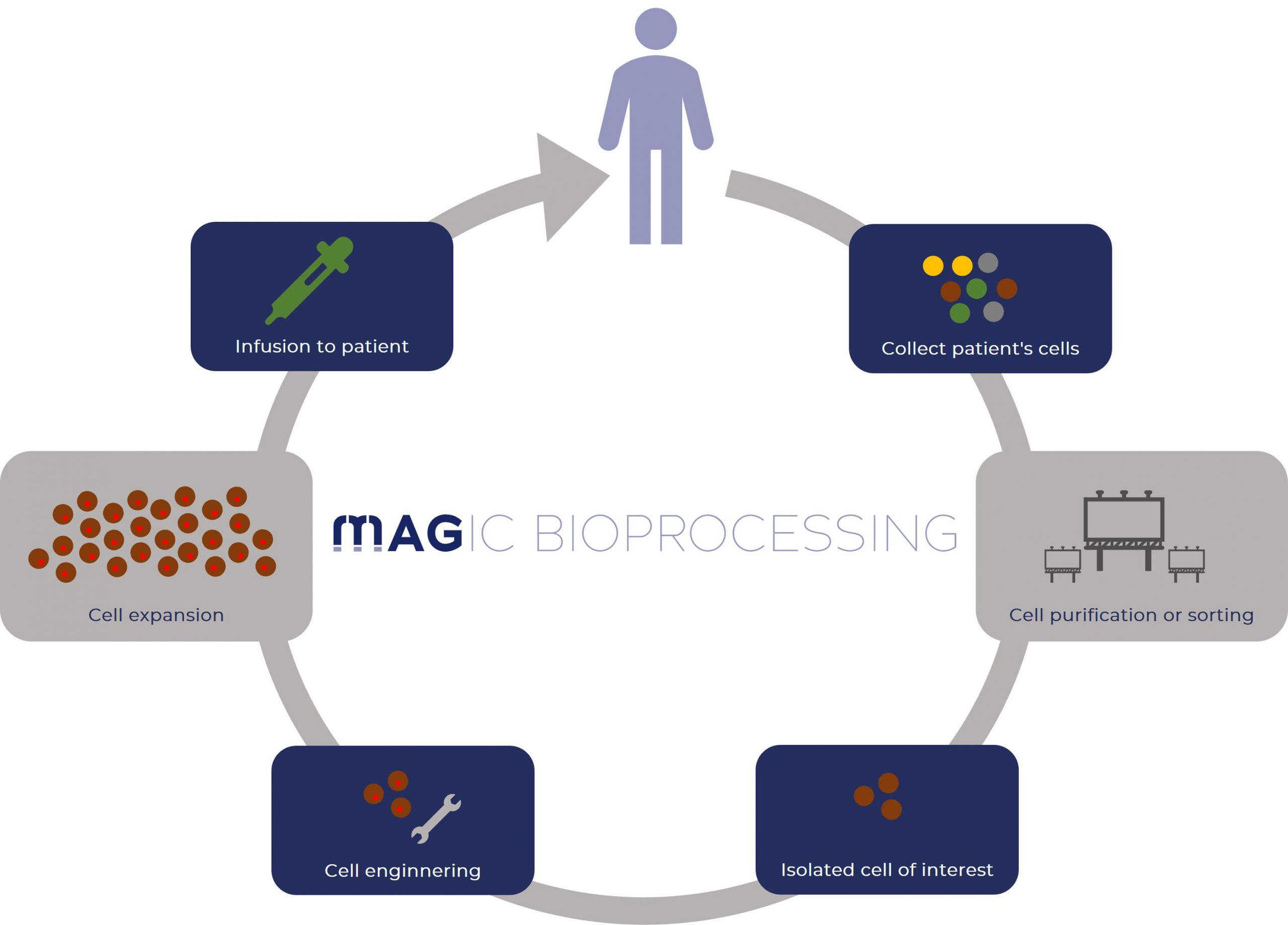 MAGic BioProcessing recieves funding from Vinnova for the project IndiCell, a precision medicine center. IndiCell aims to establish workflows facilitating iPSC-based cell therapies for diseases such as Parkinson’s, Age-related macular degeneration and more. The center is coordinated by Lund University and include KI, KTH, Region Skåne, AcouSort, BioLamina, MAGic BioProcessing and will be run over 5 years. The Innovation center will generate revenues of 1.75 million SEK to MAGic BioProcessing.

New Publication in Biotechnology and Bioengineering

The paper provides a proof-of-concept demonstrating magnetic bead separation of monoclonal antibodies from non-clarified cell suspension at very high cell density. The objective was to apply the technology downwards of intensified fed-batch process using a UF-HF filter-based perfusion. The culture process is known to be highly challenging for cell clarification, and represents an excellent challenge to demonstrate the potential of magnetic separation, including a significant simplification of the operational steps. The paper aimed at maintaining a high product yield over the mAb capture from non‐clarified high cell density suspension, with purity comparable or improved compared to legacy approach of cell clarification followed by column chromatography.

The work was performed in collaboration with CETEG at KTH within the AdBIOPRO competence center. 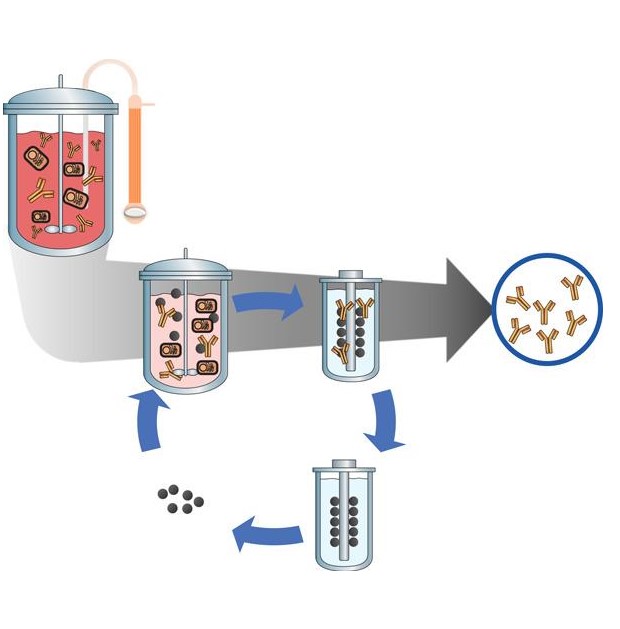 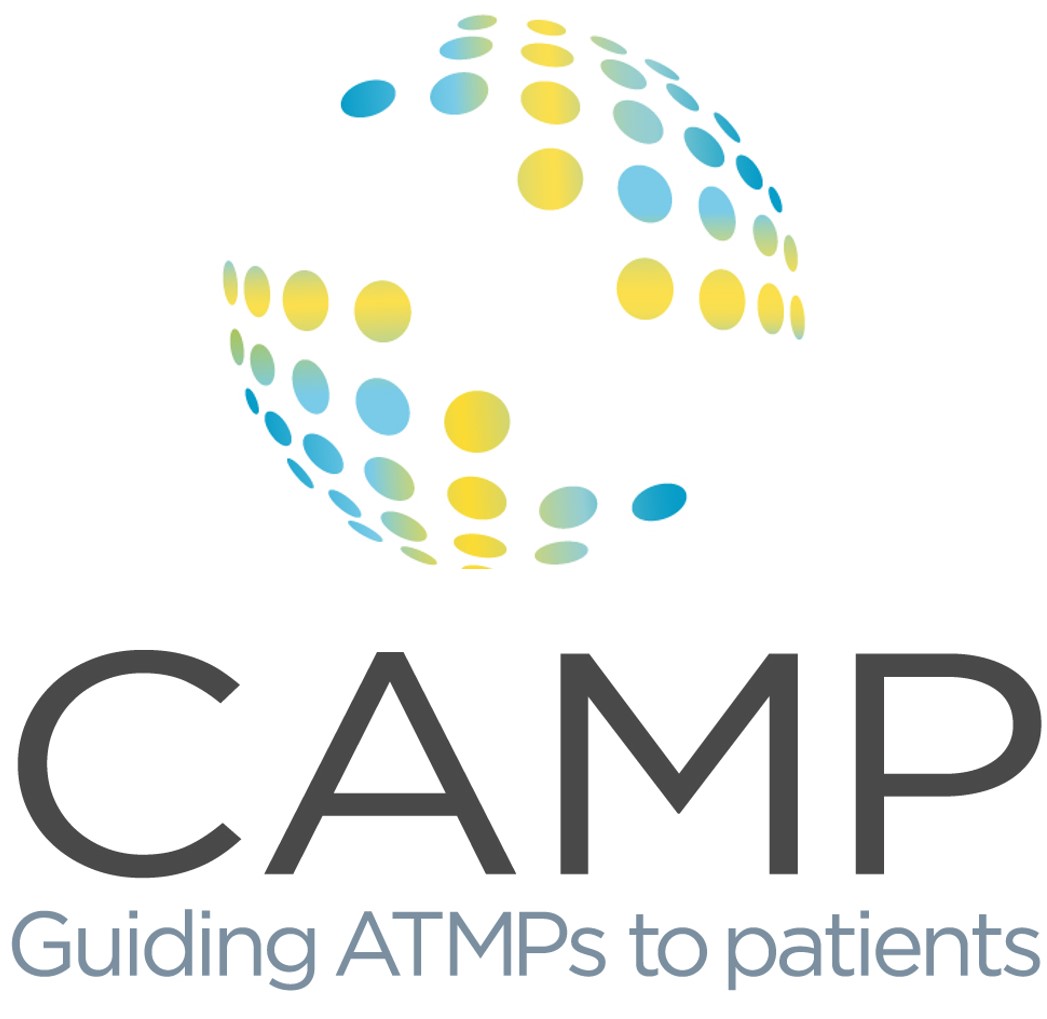 Together with KTH/AdBIOPRO and AstraZeneca, will explore scaleable magnetic-based cell separation

The Swedish SME MAGic Bioprocessing has joined the Centre for Advanced Medical Products (CAMP) and together with KTH/AdBIOPRO and AstraZeneca will explore the applicability of using magnetised resin to purify at scale cell populations of interest.

“We are very pleased to have been accepted into CAMP and see this project as a great opportunity for showing the functionality of MAGic Bioprocessing products and technologies. Purifying cells in cell therapy manufacture is a critical step for safety and potency of these potential medicines and we are excited to contribute to this along with the Cell Therapy Department, BioPharmaceuticals R&D at AstraZeneca, and the Cell Technology Group at KTH” says Torbjörn Pettersson CEO MAGic Bioprocessing.

After being loaded with biologics of interest, cells bind to MAGic Bioprocessing’s magnetised resins or beads. The cells of interest can then be separated from the culture media using the magnetic-based system. This allows not only purification but concentration and washing of cells in the absence of centrifugation. The advantage of MAGic Bioprocessing’s beads for this type of production is that they are cost effective to produce in high yield, potentially enabling scale up to industrial purification of cell populations.

“This technology is a great opportunity for affordable industrial scale cell manufacture of cellular therapies, and an opportunity for Sweden to lead the way. We are very pleased to have MAGic Bioprocessing in CAMP and look forward to the outputs from the project,” says Jukka Lausmaa, Centre for Advanced Medical Products (CAMP) director.

Formerly known as Lab on a Bead, MAGic Bioprocessing rebranded in 2020 along with a shift in technology focus to the magnetised resins. The 100 µm MAGicBeads are functionally distinct from the 50 nm magnetic beads that are dominating the cell separation market today. Rather than requiring many beads to bind to one cell, many cells have the potential to bind to a single bead, increasing not only yield per bead but also the magnetic force for purifying out the beads from large media volumes. Along with reduced costs of large-scale production, the characteristics of the MAGic beads make them an ideal solution for industrial scale cell manufacture.

Application of MAGicBeads to human pluripotent stem cell (hPSC) differentiation protocols could be a game changer for this platform technology, which by design is plagued by contaminant cells, even at small scale. Removal of residual cells and isolation of purified target cell populations is paramount to successful application of hPSC technologies for both safety and potency. Further, the promise of large-scale allogeneic production of cell types from hPSC depends on the ability to produce them in industrial scale settings; something that has yet to be successfully performed.

MAGic BioProcessing has proprietary and scaleable products for the isolation of biologics such as monoclonal antibodies (mAbs) and cells using its magnetic functionality. With its use in batch mode it is especially suited to isolating cells. In batch-mode isolating mAbs gives the advantage that the clarification step can be made redundant increasing yield and lowering the overall production costs. Avoiding the clarification step also lead to a milder handling of the cell culture harvest significantly lowering the amount of the critical contaminant HCP (Host Cell Proteins).

MAGicBeads are made based on standard industrial chromatography media that are magnetized using proprietary methodology. This makes the MAGicBeads easily scaleable and adapted to use for the purification of pharmaceuticals under strict regulatory demands.

MAGicSep magnetic separators are available from small cube magnets for individual experiments up to MAGSep Pilot for running samples up to 500 ml. For the industrial scale MAGSep Process are available to handle up to 40 litres of MAGicBeads harvesting over 1000 litre of cell cultures.

Mats Johnson enter as new chairman of the board of directors

We welcome Mats Johnson, former CEO at Bio-Works, as the new chairman of the board of directors.

Mats has almost 40 years of experience from the life science area in biotech supply, drug discovery and genetic modifications of plants mainly in different business positions but also from R&D with the companies Pharmacia Biotech, Amersham Biosciences, SweTree Technologies and Bio-Works Technologies. In the last two companies Mats was CEO, all-in-all, for almost 15 years. SweTree was brought to profitability and Bio-Works was built to an IPO, with relevant industrial structures and global market access. Mats has during the last 15 years been instrumental in finding financing of almost 500 MSEK for SweTree, its spin-outs and Bio-Works. 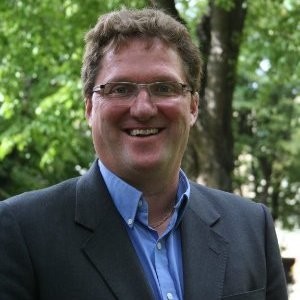 New members to the board of directors 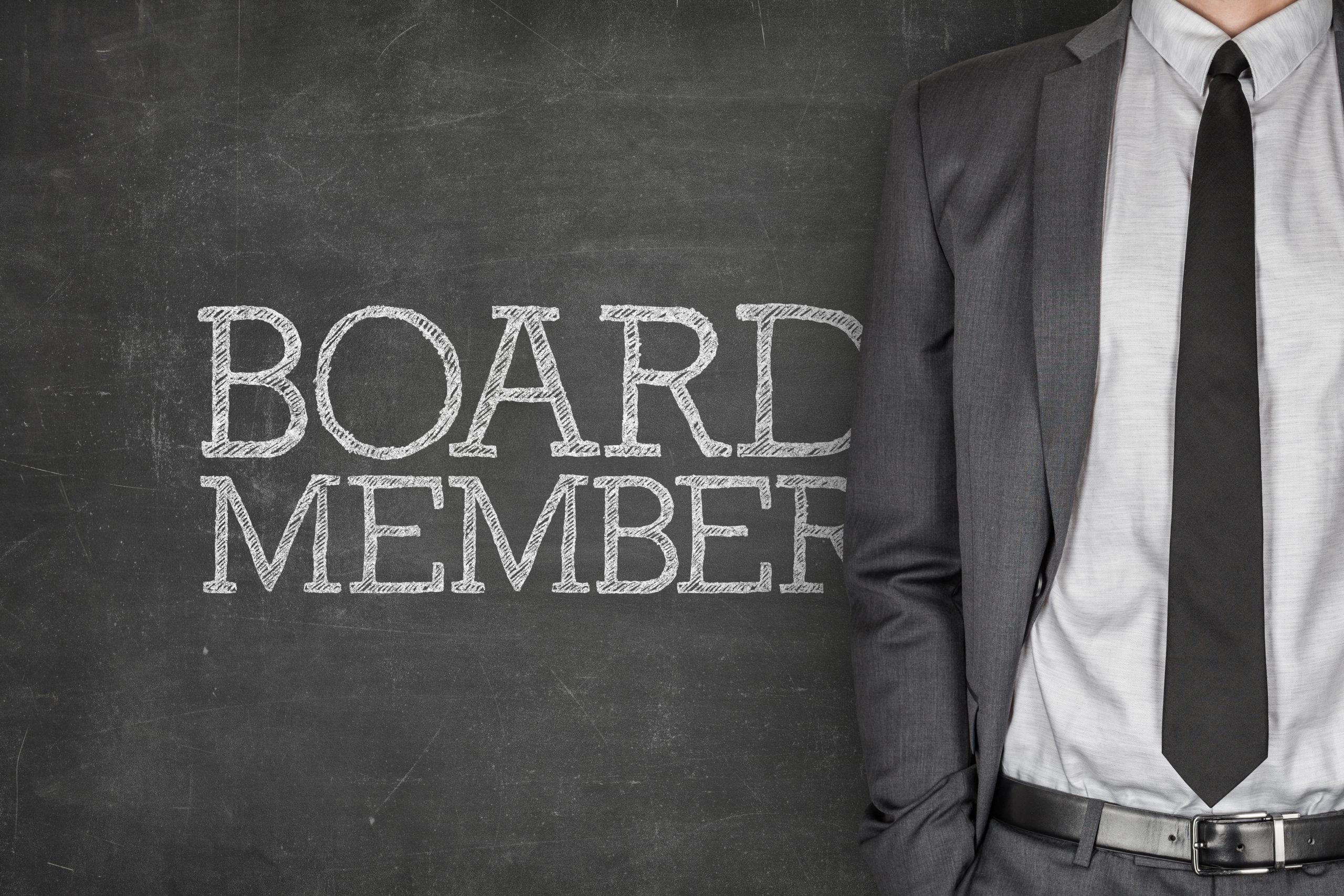 We welcome Kristina Köhler, Pär Nordström and Mats Ekholm as new members to the Board of Directors. They were elected as new board members on the Annual General Meeting of shareholders on the 28th of May.

Kristina is a senior leader with extensive experience in biopharmaceutical development and industrialization from Sobi and its predecessors.

Pär is an experienced venture capitalist and was the first non-founder shareholder in the company.

Mats has a background as engineer from Scanditronix and is now CEO at Uppsala Cementgjuteri who is an important venture capitalist in the Uppsala region.

MAGic Bioprocessing has received a 400 000 SEK grant from Vinnova, Swedens Innovation Agency. The grant has been provided within the program Competence Centers; support for SME´s 2020. The funding will be used during 2020 to develop and test magnetic beads for the purification of monoclonal antibodies, recombinant proteins and cells. The project will be conducted in collaboration with the Cell Technology Group (CETG) at the Royal Institute of Technology in Stockholm (KTH).

MAGic Bioprocessing is a member of the competence center of Advanced BioProduction (AdBioPro) Vinnova 2016-05181 which is coordinated by KTH. AdBioPro aims to developing competitive technology for bioproduction, focusing on the imminent paradigm shift towards continuous processes of biopharmaceuticals, and on manufacturing of emerging potent therapeutic products such as recombinant viral vector and cell products. Read more about AdBioPro here 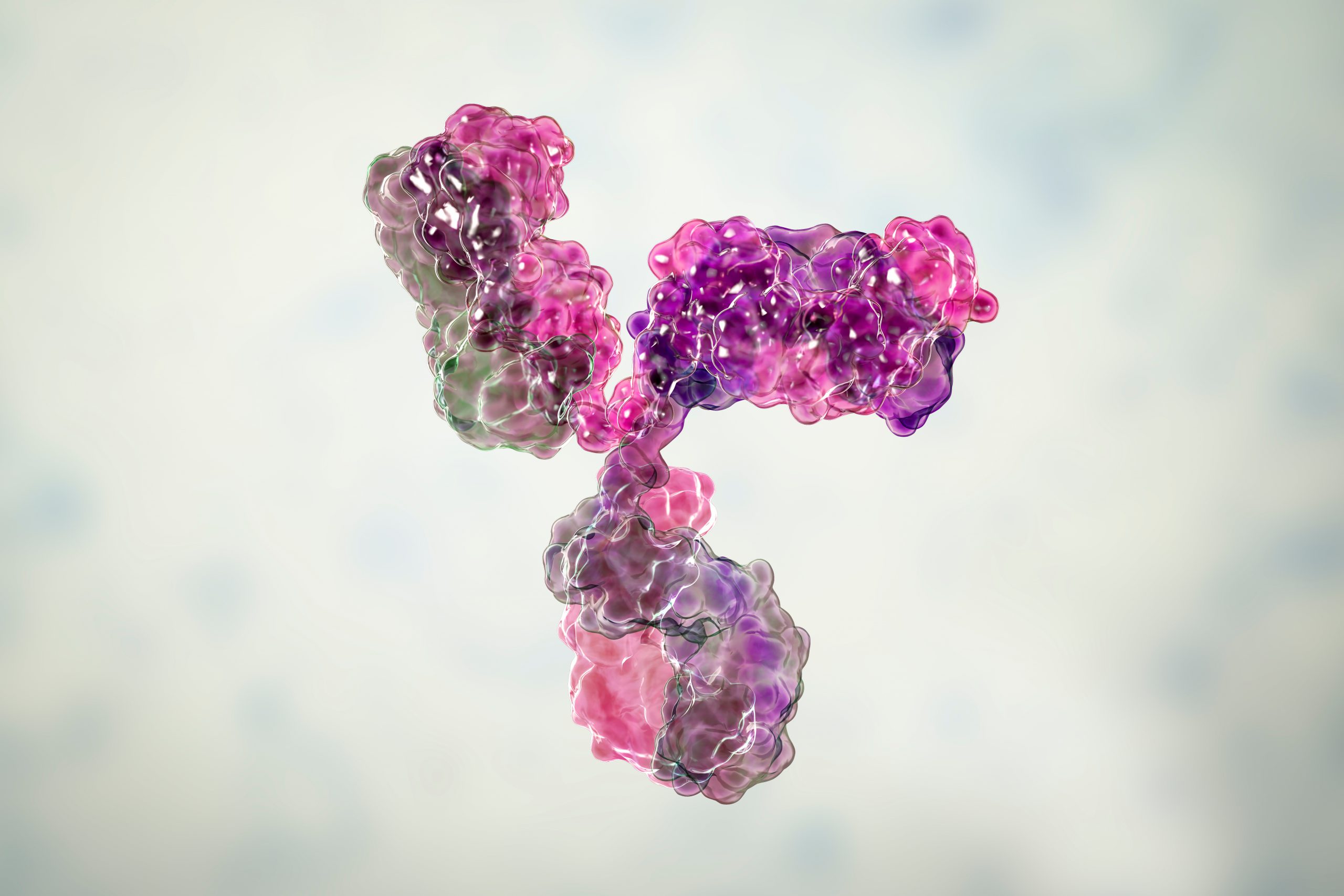 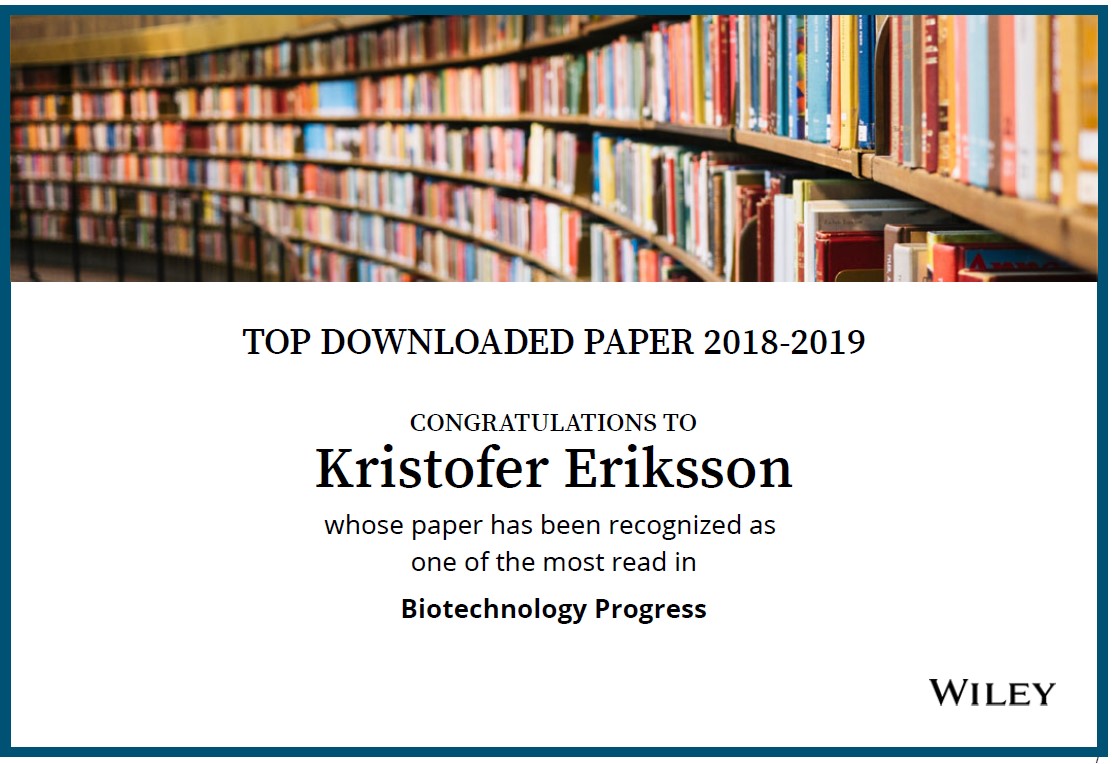 We are excited to share that our research published in the journal Biotechnology Progress is among the top 10% most downloaded papers during 2018-2019.

The paper with the title Pilot‐scale process for magnetic bead purification of antibodies directly from non‐clarified CHO cell culture shows the beneficials of using magnetic bead-based processes for the capture and recovery of biologics compared to the traditional column chromatography process. Our research explore the possibilities to perform purification in the prescence of cells in larger feedstocks. The research is conducted in collaboration with the Cell Technology Group (CETG) at the Royal Institute of Technology in Stockholm (KTH).

This website uses cookies to improve your experience while you navigate through the website. Out of these cookies, the cookies that are categorized as necessary are stored on your browser as they are essential for the working of basic functionalities of the website. We also use third-party cookies that help us analyze and understand how you use this website. These cookies will be stored in your browser only with your consent. You also have the option to opt-out of these cookies. But opting out of some of these cookies may have an effect on your browsing experience.
Necessary Always Enabled
Necessary cookies are absolutely essential for the website to function properly. This category only includes cookies that ensures basic functionalities and security features of the website. These cookies do not store any personal information.
Non-necessary
Any cookies that may not be particularly necessary for the website to function and is used specifically to collect user personal data via analytics, ads, other embedded contents are termed as non-necessary cookies. It is mandatory to procure user consent prior to running these cookies on your website.
SAVE & ACCEPT